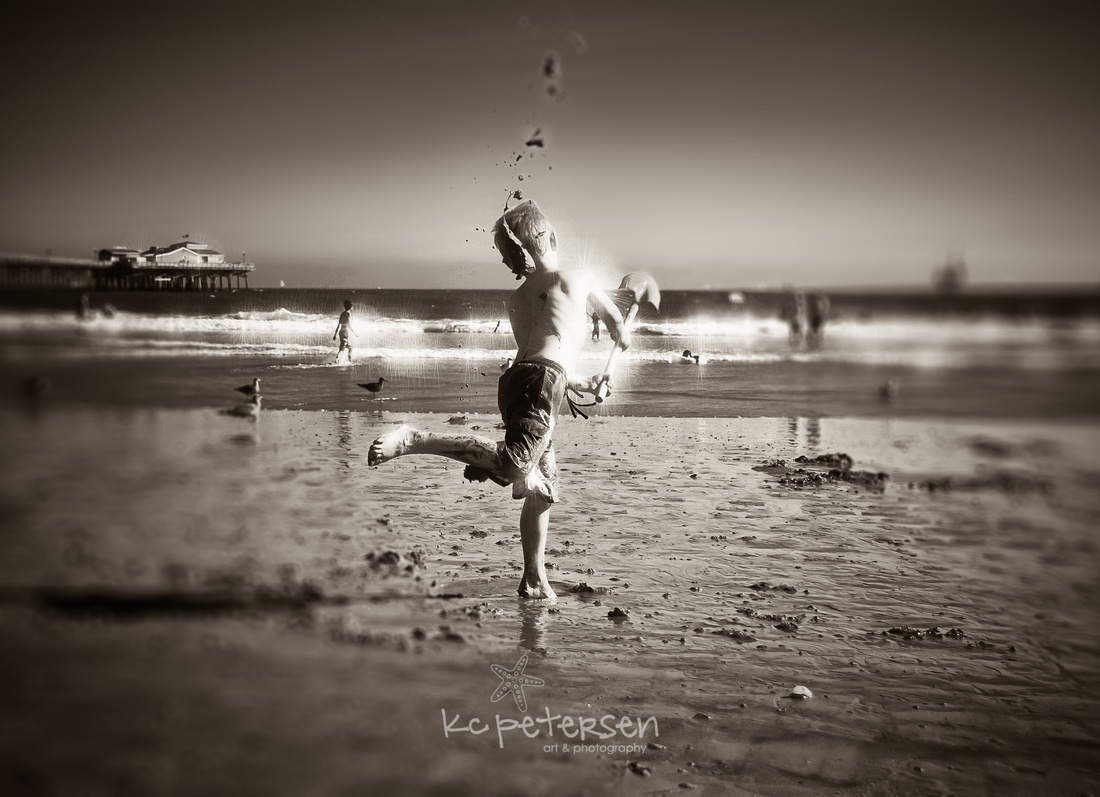 I took this image of my grandson shoveling sand with great abandon.  I had been playing around with some editing tools and tried something that I ordinarily wouldn't have, but was so taken with the results that I left it like that.  This is not my typical portrait.  This grandson has a ton of energy, and he was flinging sand as if he really and truly needed to get to China asap!  When I look at this image as it was taken, with lovely blue skies, blue ocean and people playing at the beach, it looks kind of odd, with that wet sand trailing up behind his head like that.  But when I did it this way, suddenly it seemed like some kind of inner landscape with that darkness and the spots of light around him and where the waves are breaking.  I don't know if this would be a pleasing and serene photo, maybe it is a little unsettling, even almost violent in its appearance, but I like it.

kc petersen art & photography
That's about all the encouragement that I need. Watch for the next post!
Allie(non-registered)
I like that you can post some non-traditional photos over here. More, please!
No comments posted.
Loading...
Subscribe
RSS
Recent Posts
Website Updated! (Enter to Win a Gift Certificate!) AUGUST KID SESSION FREEBIES FOR A GOOD CAUSE! I just made a photo book for my daughter... Mini Sessions for a Good Cause What I Love Doing and How Long I've Been Doing It! Limited Sale for Fine Art Portraiture Confection Perfectionist Evolving Back to My Origins Isn't it like this for all of us? Changes Are in Place!
Keywords
lifestyle photojournalism Christmas Michael business changes slowing down Griff mini offering
Archive
January February March April May June July August September October November December
© kc petersen 2021